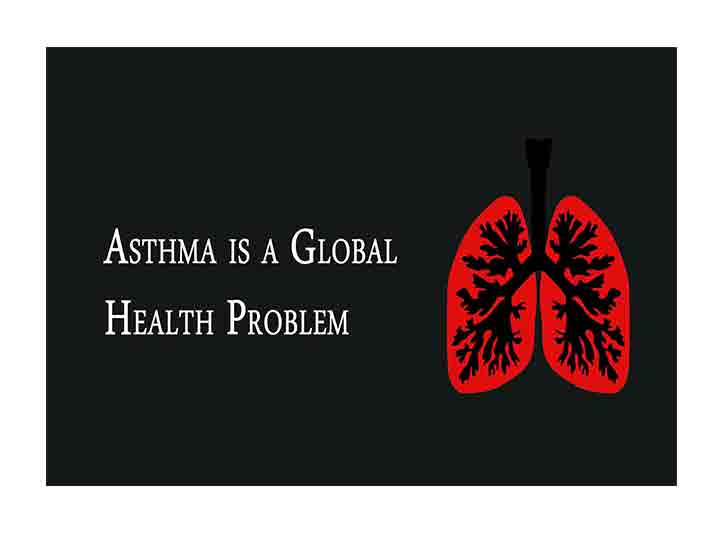 Asthma is a Global Health Issue

Asthma is a global health problem

The incidence of this condition is increasing day by day

In Indian 15-20 million peoples are suffering

It is also a killer disease. Worldwide annually more than 180,000 deaths.

Occurrence of asthma is a complex processes which involves a complex interaction between in-utero factors, genetic factors, atopy, viruses and environmental condition etc

Exact Cause is Unknown

It isn’t clear why some people get this condition and others don’t. The causes of is not due to a single factor but may be due to complex interaction of multiple factors including a combination of environmental and genetic (inherited) factors.

Exposure to various irritants, chemicals and substances (allergens) can trigger symptoms. These triggers include:

Factors associated with an increased incidence of asthma

There are several genes responsible for increased risk. Family history of atopy or some form of allergic disease will increase the likelihood in child.

Sensitization to environmental allergen is  strongly linked to childhood asthma. However allergen avoidance measure in already developed case of asthma is a debatable issue and is it advisable to avoid allergen whenever possible.

Exposure to cigarette smoke is a major risk factor for wheezing illness in children.  Maternal smoking during pregnancy significantly increases the risk of wheezing in early childhood. However these factors may not increase risk of atopic asthma later in life.

Asthma may have cluster of characteristics that define the disease and its subsets. These subsets are the phenotypes . These include:

• Allergic asthma: most common phenotype. This variety often occurred in childhood. There may be past and/or family history of allergic disorders like  such as eczema, allergic rhinitis, or food allergy. This phenotype responded well with inhaled corticosteroid (ICS) treatment.

• Non-allergic asthma: this condition is not associated with allergy.   These type of patient less responded to ICS.

• Asthma with obesity: obese patients may have prominent respiratory symptoms

If someone has asthma his airways become swollen and the muscles around the airways can tighten due to inflammation of the airways.

This swelling and tightening of muscles around the airways lead to difficulty for air to move in and out of the lungs, causing classical symptoms.

The diagnosis is based on clinical symptoms and lung function test. Spirometry is an objective and reproducible test to determine the lung function. In this test the patient need to take a deep breath and then suddenly blow into a sensor to measure the amount of air in the lungs can hold and the speed of the air you inhale or exhale. The diagnosis can be made by demonstrating the presence of reversible airway obstruction. This test diagnoses asthma along with severity. Repeat test can be done to see the treatment response.

Till date there is no cure for this condition. But the symptoms can be controlled with proper management. The management include education and learning to avoid triggers. Medications include Reliever and controller medication.

These medications are those which quickly relax airways and thereby relieve the  symptoms. These include: short-acting beta-agonists (SABA) medication like salbutamol or levosalbutamol. They can be used as and when required basis.

They reduce airway inflammation, control symptoms, reduced exacerations  and improve the lung function. These include inhaled corticosteroids (ICS) like

Oral and intravenous corticosteroids like prednisone and methylprednisolone, used in acute exacerbation.

Advantage of MDIs include:

Why I am Asthmatic ?